Aderans Research Institute (ARI) – a sub-division of the Aderans organization – began researching hair multiplication/hair cloning in 2002. After a variety of different approaches and applications, ARI began to work exclusively with what they called the “Ji Gami” process. During the Ji Gami procedure, a small strip of scalp containing follicular units is removed and broken down into individual follicles and follicular stem cells. These stem cells are then extracted, cultured in a growth medium, multiplied, and injected into balding scalp where they were expected to mature into fully functioning hair follicles.

Initially, ARI expected this technique to create true hair multiplication/hair cloning, and began clinical research trials. ARI completed the phase I safety trials, and moved forward with the phase IIa and IIb efficacy trials. During these clinical experiments, the results revealed that the Ji Gami process may not cause actual hair multiplication, but instead revitalize hair follicles and permanently prevent these follicles from future loss. Though the treatment was now slightly different, ARI was pleased with the results and continued with late phase II trials in 2011 and 2012. 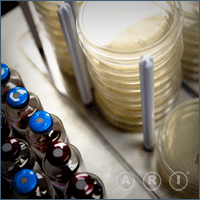 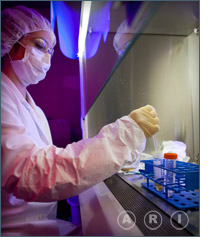 Despite this optimism, Chief Executive Officer Dr. Ken Washenik announced earlier this month that Aderans decided to no longer fund the ARI division or its hair multiplication research. Dr. Washenik explained that while Aderans will no longer fund the project, there is still a possibility it may continue with outside funding. Please check back for more updates on ARI and other future hair loss treatments.